“There is no more than half  of a  human being, who has been separated from  his whole just as  a leaf  is divided in two.” Plato, The Symposium.

Each one  of them opened his present. Some were round like a ball, others big like a car, but none of them was opened as calmly  as Jorge opened his. His was small, just like he expected it.  “I  want  something that has  a  string,” he  had said days  ago.
-Jorge, what you do with a  top is toss it and make it spin. Where do you  think you can go with just a  string?

Ana licked her lips with her tongue and smiled. After all,  that salty taste had always kept her company. It  was strange for her to think that she might go  far from  the sea, and as a  tribute to it, she threw the line that she’d always  used  for fishing into the water.

The  crew  couldn’t understand why  Jorge had ordered them to stop the boat all of a sudden, especially  when they were so close to landing at the harbor.  He took charge of picking up the thread himself.
-Did we really stop just to pick up that string?
-It’s not a string, it’s a thread, and it’s red. 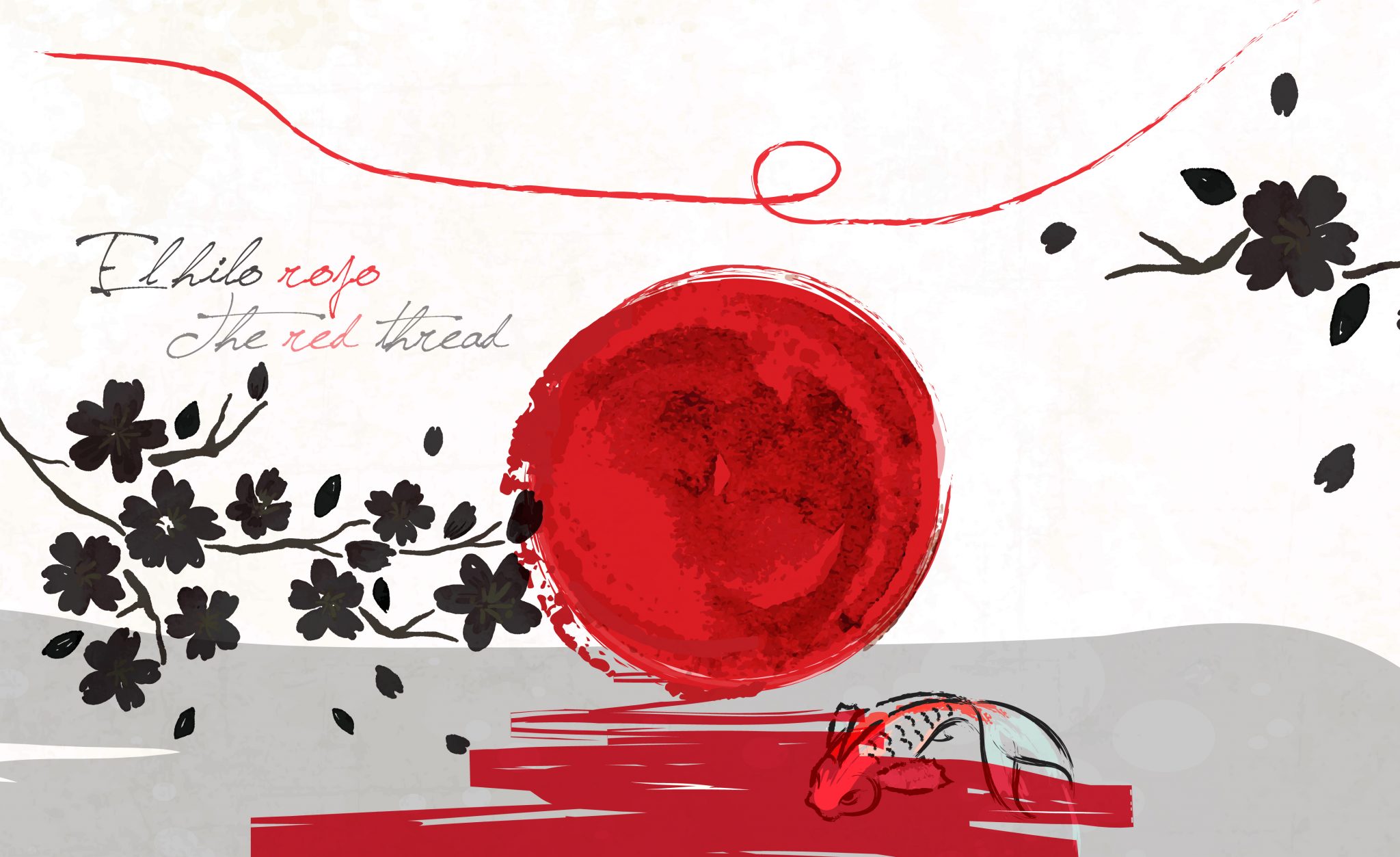 As the legend from the Orient tells us, the old man living in the moon comes out every evening in order to search for souls that are destined to join each other on Earth. When he finds them,  he ties them together with a red thread so they don’t lose each other.

«An \invisible red  thread connects those who  are destined to meet, regardless of time, place, or circumstances. The thread can be stretched or can contract, but it can never break».

This website uses cookies to improve your experience while you navigate through the website. Out of these, the cookies that are categorized as necessary are stored on your browser as they are essential for the working of basic functionalities of the website. We also use third-party cookies that help us analyze and understand how you use this website. These cookies will be stored in your browser only with your consent. You also have the option to opt-out of these cookies. But opting out of some of these cookies may affect your browsing experience.
Necessary Always Enabled
Necessary cookies are absolutely essential for the website to function properly. This category only includes cookies that ensures basic functionalities and security features of the website. These cookies do not store any personal information.
Non-necessary
Any cookies that may not be particularly necessary for the website to function and is used specifically to collect user personal data via analytics, ads, other embedded contents are termed as non-necessary cookies. It is mandatory to procure user consent prior to running these cookies on your website.
SAVE & ACCEPT